Blending together influences of pop, rock, and funk, Scranton, Pennsylvania-based four-piece Black Tie Stereo are bringing a unique flair to the music world. Though the members of Black Tie Stereo had all taken part in different projects before, they came together in 2014 to create an upbeat and exciting sound comparable to the likes of Maroon 5 or Young the Giant. Described by Dustin Schoof as “A cross between My Chemical Romance and The Killers (with just a dash of Maroon 5),” Black Tie Stereo is as charming as they come; they’re a band bound to give you a musical experience like no other.

Brandon Showell was recently a contestant on Season 13 of NBC’s The Voice. Brandon turned 3 chairs (Adam Levine, Jennifer Hudson, and Miley Cyrus). It was a tough choice, but Showell felt the best coach for him was Adam Levine and he learned a lot from the 3 time Grammy award winning, Maroon 5 front-man. Fans of Brandon were more than excited to see him on this season and proud to see him on T.V. once again, but this time as a solo artist.

Brandon’s sound is Pop/R&B and he plans to release original music soon. Brandon also has a great following on YouTube, as he posts covers of songs by some of his favorite artists. Showell grew up listening to artists like Michael Jackson, Luther Vandross, Usher and now can’t stop listening to artists like Bruno Mars, Shawn Mendes, and Chris Brown; hence, the intriguing blend of Pop and R&B within Brandon’s sound. 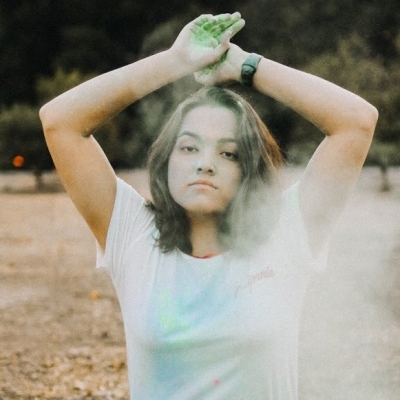 Chilean Pop-Rock Alternative Duo Nea Agostini will haunt you with their artistry and distinctive sound. With a solid independent work, Nea and his brother Ale have pursued a distinctive career in latin pop/rock indie music touring all over Argentina, Mexico, Colombia, Italy, USA and Chile.
Currently they are working on new music with which they will surely be able to establish themselves as the artist of the moment in Latin pop rock music scene.

Not long ago in a galaxy far, far away, a starship cruiser containing DNA polymers from Prince, Bjork and Portishead crash landed on planet N.E.R.D. to form Rocky 7 – a six piece electronic/rock fusion band driven by Hip-Hop back beats and hypnotic guitar riffs. With inspirations ranging from Black Sabbath to Michael Jackson and Bruno Mars to Phantogram and Paramore, the band delivers a night of high energy, sweat, and an unforgettable show!
Skinny is Green – Alternative – Baltimore, MD Video

Register NOW for ECMC 2022 and pay nothing until next year!

Reserve your ECMC passes now to guarantee your spot and pay nothing until 2022!! CLICK HERE!

The ECMC Gold Pass gets you into most music events and is free! Pre-register to guarantee your spot and get priority pass pickup.

The ECMC Platinum Pass grants access to all learning sessions, most concerts, and many other events and activities. The Platinum Pass reservation reserves a Platinum Pass at 50% off the lowest advertised price once passes go on sale. There is NO DOWN PAYMENT and you can opt out at any time! By reserving now you are guaranteed a spot and a gift pack waiting for you at registration.

Help us get a head count so we can plan the best possible ECMC for you!