Ainjo is an upcoming artist based out of San Diego. She’s in the Navy but getting out soon to pursue her dreams of music . She’s 22 years old and she makes dope music.

Ashanti Bragg is a Hip-Hop/Soul rapper, and singer-songwriter from VA Beach VA. Her latest project, “Journey of A Young Woman vol.1” is available for free download on Sound Cloud, and Dat Piff.com

Audrey Jackson is a singer from Philadelphia and who wants to show her talent to the whole World.

Brena The Producer was born in Norfolk, Virginia and grew up in Chesapeake, Virginia. She is an Entrepreneur, Songwriter and Music Producer. Currently she is building her DreamBuildCreate brand, by inspiring people of the world to Rise and Grind!

Dark Matter is a Hiphop/R&B duo known for it’s thoughtful music and electric live performance featuring break dancing, singing and rapping. The duo’s music has been called “haunting and real” as Dark Matter dives into subjects many are afraid to talk about such as mental illness, abuse, and self love.

The Fury MCs are a hip hop duo based in Northern Virginia comprised of MCs Jerome Clarke (Rome) and Andre Talford (Dre). The duo combine powerful lyrics, versatile deliveries, and a polished style reminiscent of rap groups such as Outkast, The Lox, and The Clipse. Since the groups formation in 2014, The Fury MCs have released three full length projects, a hot new single “Lets Get It” and have made sure to blaze their own trail by placing a strong emphasis on honesty in their raps over beats you can jigg to.

Starting his journey as a drummer, Gabriel Carter-Ga’briel- found his love for music. Bringing a new breed of Christian hip-hop and Rap, He is bringing the message of hope to the lives of youth and adults alike.

Immanuel Mitchell also known as Gifted Hands (Artist Name) was born & raised in Virginia. Although he was born with a short right arm & without a left arm; he refuses to let his circumstances hold him back from making an impact on the world. Gifted Hands is dedicated to inspiring millions of people with one positive song at a time! 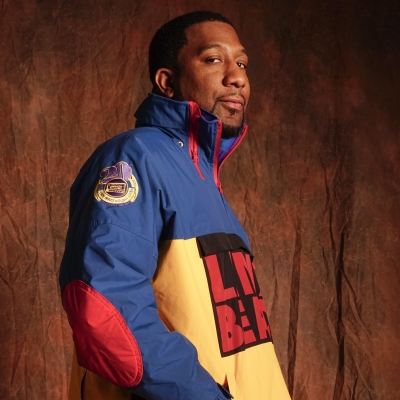 John Skeete is a Boston based artist best known for the emotional content and delivery of his music.
He is relatively new to the hip hop music scene, but has been writing poems and lyrics since 2011.
In 2016 John  performing at various venues and focusing on presenting the audience with an alternative to the mainstream drug culture.

KingTay is a hip-hop artist. From the city of Philadelphia, he learned early that he had a true passion for music. He developed a true passion for poetry and the Art of rap. You can feel the raw emotion and display of passion throughout KingTay’s music. Overall KingTay is an artist who brings passion and diversity to his listeners and looks to inspire, entertain and captivate his audience in every song. 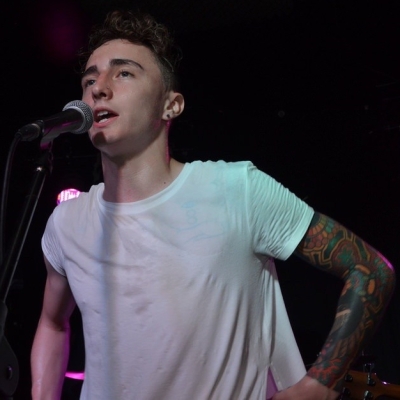 Marcaux (Formally known as Just B. Polo) is an alternative Pop/Hip Hop artist from Long Island, New York. Since switching artist names, he has released his highly anticipated EP “Hypocrite” as well as multiple in studio videos. You can find Marcaux and the Hypocrite EP on all streaming platforms!

The industry is aware of the newest wave of artists like Lecrae, Chance The Rapper, J-Cole and NF who are blowing up the national charts with their inspirational, faith-driven content. It’s clear that their music buzzes and labels are searching for the next big artist. Indie rapper, Mike Sarge, has proven early that he can become just that. Mike Sarge is a smooth Hip-Hop artist from Atlanta, GA, currently residing in the Masters city of Augusta, GA. 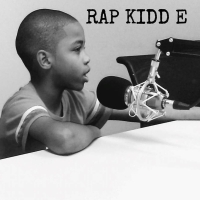 International recording artist Samira Gibson is a soul singer from Newark NJ. By way of South Carolina on to New York, Samira has worked with artist such as
Trey Songs, Mary J Blige, and Vic Mensa to name a few. She recently released her new single called #PWER; The anthem for women!

Register NOW for ECMC 2022 and pay nothing until next year!

Reserve your ECMC passes now to guarantee your spot and pay nothing until 2022!! CLICK HERE!

The ECMC Gold Pass gets you into most music events and is free! Pre-register to guarantee your spot and get priority pass pickup.

The ECMC Platinum Pass grants access to all learning sessions, most concerts, and many other events and activities. The Platinum Pass reservation reserves a Platinum Pass at 50% off the lowest advertised price once passes go on sale. There is NO DOWN PAYMENT and you can opt out at any time! By reserving now you are guaranteed a spot and a gift pack waiting for you at registration.

Help us get a head count so we can plan the best possible ECMC for you!